We would like to point out that NONE of the advertisements (ads) are placed or controlled by or financially benefits us, The Friends of Warriston Cemetery group. There may be ads that crop up that are connected with scams and regrettably we cannot do anything about them except bring this to your attention. We would ask, for your peace of mind as well as ours, that you do not click on any of the ads that may appear on our site. If you need a particular service then please perform an Internet search from the home page of your browser so that you are in control. Thank you.

Here is a section of an aerial photograph taken in 1937 and found on the ‘Britain From Above’ website. It includes the south eastern part of Warriston cemetery. Other main points include Powderhall stadium, probably most known for greyhound racing and motorcycle speedway but also for athletics and football. Eric Liddell, portrayed in the Chariots of Fire film, trained there in 1920. It was the original ground of Edinburgh City Football Club and it also hosted some celebrity football matches. The kennels can be seen to the left and that is where a branch of B&Q, the home and garden supply business, stood before the ground was redeveloped as housing. Parts of the adjacent area were taken up by various industries including W. and M. Duncan’s Regent Confectionary Works (commonly known as Duncan’s Chocolate Factory), J. G. Waterston’s Logie Green Printing Works which was converted to residential units, and John McKinnell’s Dunedin Cigarette Factory that produced Lorraine Cigarettes and Clan Tobacco. Housing construction is seen in progress on Warriston Road between an earlier version of St Mark’s Bridge and what is now St Mark’s Park with many (long since gone) allotment plots on the slopes between and to the side of those partly-built houses and the Water of Leith flowing parallel with the stadium. On the left of St Mark’s Bridge you can see where the ford was traversed before any bridge was constructed in that position.

Click on the image to view a larger version. Opens in a new tab/page.

In the cemetery itself you can see where the railway was built through the grounds consequently dividing the site. An underpass was created to link both parts of the burial grounds with the railway running over that. The company was the Edinburgh, Leith and Newhaven Railway. In this photo, several wagons can be made out on the tracks. This part of the railway was built in 1845, only a couple of years after the cemetery was opened, and the track closed in the 1950s, subsequently turned into a walkway/ cycle path.

On the other side of the railway wall you can see a collection of buildings. This was the gardeners’ area where plants would be provided for the cemetery. There are greenhouses, potting and tool sheds and other outbuildings including a bothy or shelter for the under gardeners’ use. As there was a chimney included, it is supposed that the gardeners had their cuppas in there as well as sheltering when the weather was inclement. Only part of this structure still exists, the rest of the outbuildings having been demolished several years ago. You may just about be able to spot a second, smaller chimney attached to the left of the greenhouses. We believe this was used to heat those greenhouses when required.

To the left of the outbuildings you can see the cottage in which the Head Gardener would be in permanent residence. The cottage was mostly demolished in the 1970s and only a part of the wall can now be seen. This was all when the site belonged to a private company, before The City of Edinburgh Council took over in 1994.

This image has been valuable to us in not only providing a rare glimpse into the past of this wonderful cemetery but we have also used it to locate some gravestones in various areas that were hidden amongst the modern undergrowth.

The image can be found on the following page of Britain From Above. In order to zoom in on that site you need to register with them which is free to do so. Link below;

A few images from around the cemetery on a brightening morning.

Click on an image for a larger view. Opens in a new tab/window. 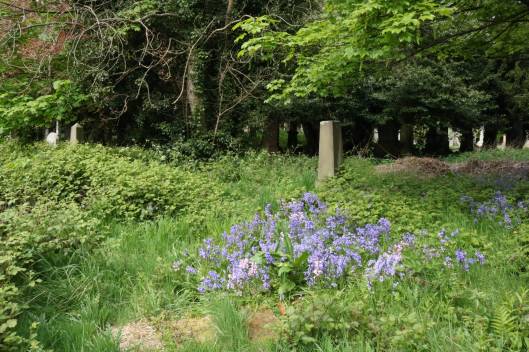 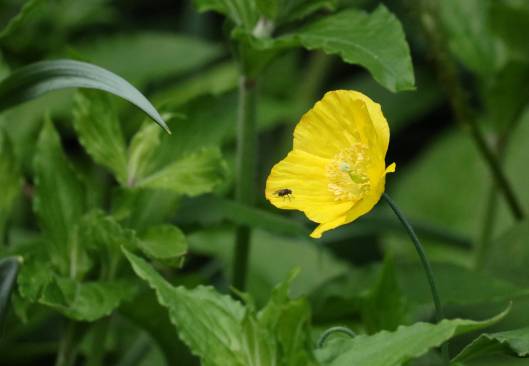 A few images from around the cemetery on an overcast morning.

Click on an image for a larger view. Opens in a new tab/window. 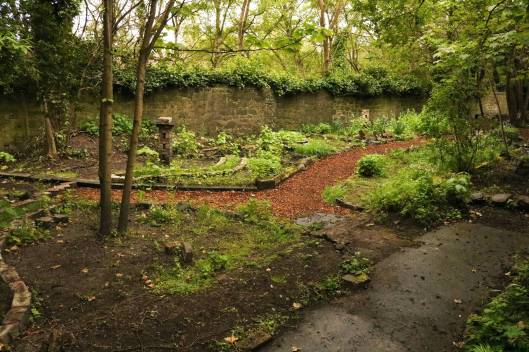 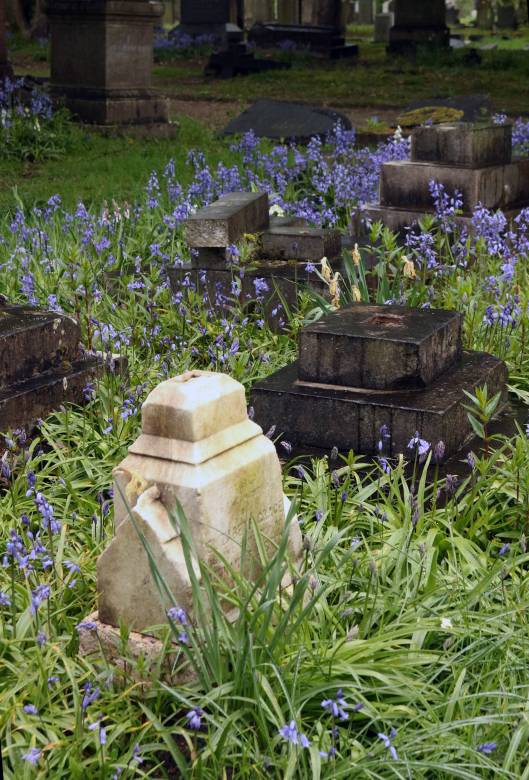 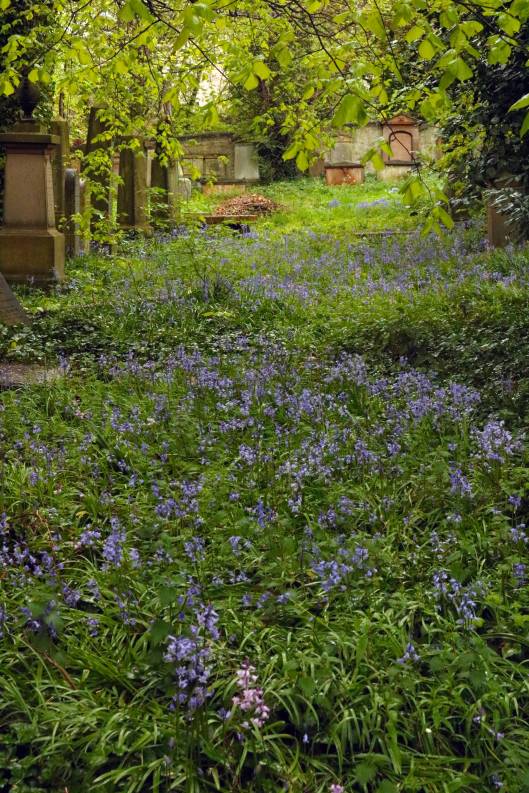